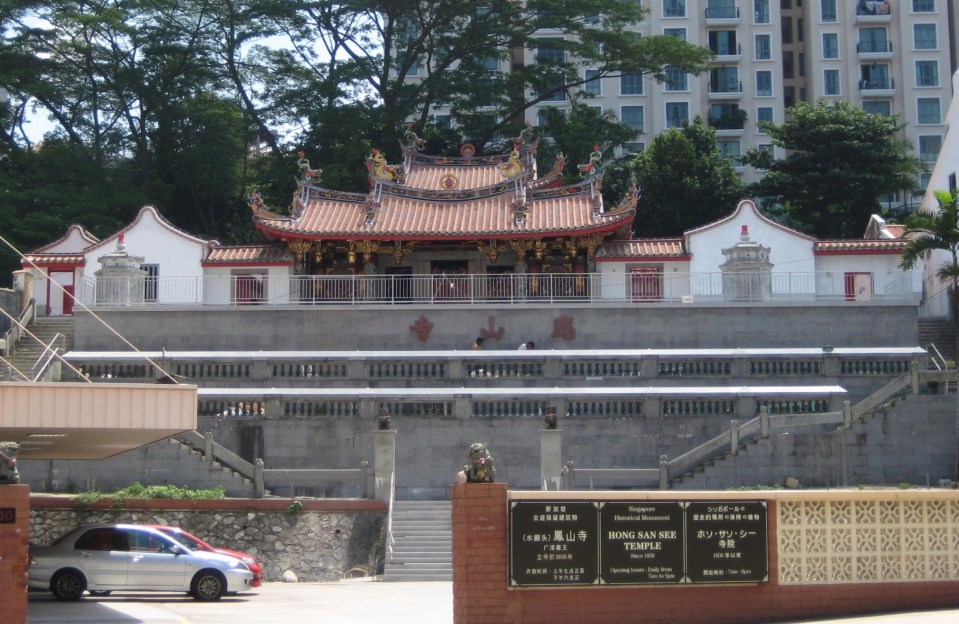 The temple received the Asia-Pacific Heritage Awards for Culture Heritage Conservation from UNESCO on November 22.

Built between 1908 and 1912, the temple revives the Minnan temple architecture of southern China from the late Qing Dynasty.

The Minnan dialect originates from the southern part of China’s Fujian province.

In Singapore, the variants of the Minnan dialect include Teochew and Hokkien.

In 1978, the temple, owned by the Singapore Lam Ann Association – a Hokkien clan group – was gazetted by the Preservation of Monuments Board (PMB).

In 2009, the temple received funding for restoration works and sought the help of the Urban Redevelopment Authority (URA) and the PMB.

The project beat 33 entries from 14 countries to win the award.

“It’s very prestigious because it really highlights for an audience all over the world the importance of cultural heritage in Asia and the Pacific, and in particular, the involvement of the local communities in preserving their heritage,” said Etiene Clement, deputy director of UNESCO Bangkok.

“There’s not many which over the past ten years have got the award of excellence. There’s even not one every year. So for this year, there’s only one, which is this temple.”

UNESCO said rigorous methods were used in the project’s conservation which have kept the authentic structure of the building well-preserved.

Mr Clement said there were a few reasons why the temple won. “Among them was the fact that they were looking for perfection…..Perfection, (it) doesn’t mean that everything needs to be restored to look new. On the contrary, it needs to be restored in a way that tells the story of the monument,” he said.

The Makers and Keepers of Singapore History Book Launch

History has never been more alive in Singapore, as we can see from new books on our political notables to works containing the voices of those who had been silent, from the interest shown by both the participants as well as young Singaporeans born after the period.

The Makers and Keepers of Singapore History does not join this growing chorus of voices and noises. It begins at the cusp of history, where past and present meet. Every book on the past has to negotiate with the present – to find the archival sources, which are located somewhere, possibly behind a gate and its keeper; or to locate that elusive participant who will throw light on a major gap in our knowledge, and convince them to speak. So much of the research on history is predicated upon such presents that it is important, and timely, to examine the gates, which stand between researchers and the archives and memories, they seek.

The Makers and Keepers of Singapore History is a meditation on this making of history, often on the difficulty of the making. Its contributors, including a diverse group of historians, social scientists, filmmakers, and public intellectuals, reflect on their encounters with the gatekeepers, and how they have or have not been able to enter or circumvent the gates. The book is jointly published by the Singapore Heritage Society and Ethos Books. Due to limited seats, registration is required & can be made via http://golibrary.nlb.gov.sg and surf on to “Singapore”.

I agree with Mr. Li Ling. Since the Minstry of Education implemented the so-called reforms in higher education, which focus on quantitative management, China’s universities have became chicken farms. In these chicken farms, professors are neither interested in producing good research nor teaching students; they are busy laying eggs… This means that in order to be promoted from a lecturer to an associate professor, you have to produce a certain number of eggs; from an associate professor to a full professor, you need to lay another number of eggs. Furthermore, there are rules governing where you should lay your eggs – in top tier or leading journals. Professors are busy everyday trying to lay their eggs in these places. Recently, there are new instructions telling you that you should lay more “creative” eggs! My reply is, “@#$%#$@#@ your mother’s egg!”

– Professor Yi Zhongtian of College of Humanities, Xiamen University criticized the current managment system in China’s universities in an interview by Phoenix Weekly

Some photos taken during my research in KL 🙂